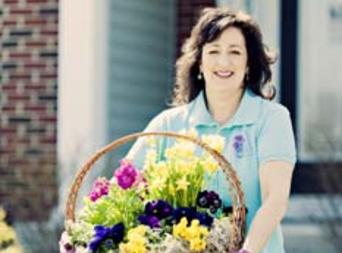 Going to Pot  is more than just a container garden business.  Our specialty is to create one of a kind containers and cut floral arrangements that keep our clients coming back season after season. We have a strong focus on aesthetics and we incorporate that into every design. We have built our solid reputation on the referrals from our loyal clients. Everyone receives the same care and attention to detail that shows in each of our creations. When you're looking for something special, let Going to Pot  create it for you.

"Six Secrets of a Container Garden"